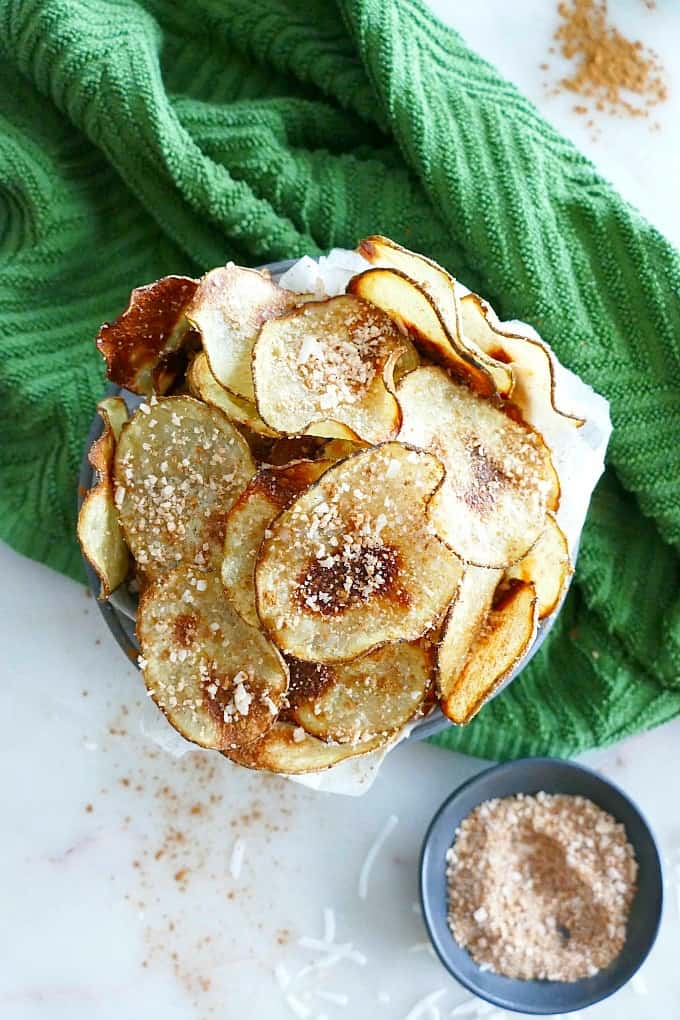 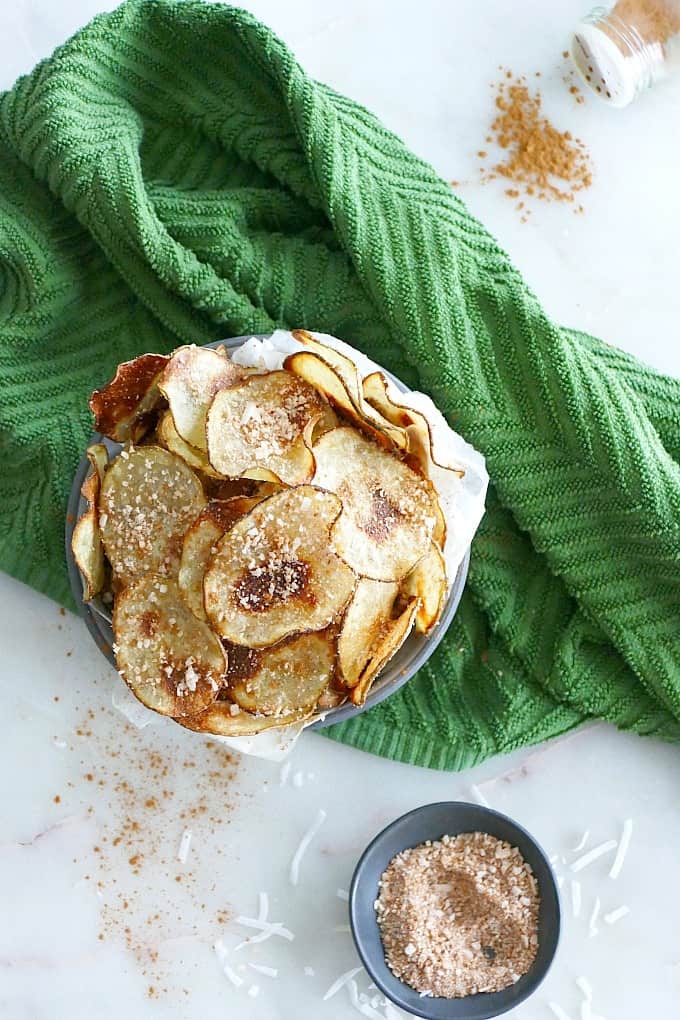 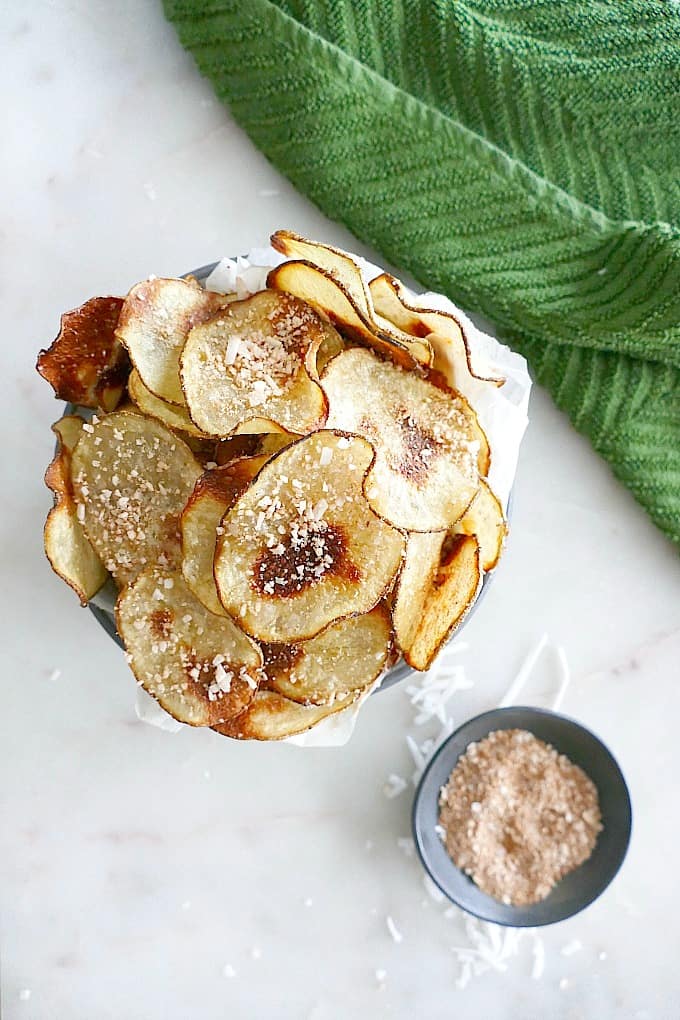 Inspired by Irish potato candies, these Coconut Cinnamon Irish Potato Chips are baked instead of fried with a sweet coating that makes them the perfect St. Patrick’s Day treat!

Have you ever had an Irish potato candy before?! You know, the cinnamon-coated balls that have a coconut and cream cheese filling? No?! I was shocked to hear that Will did not know about these candies, so I did a little research and found out that they are a Philly thing! Who knew?

Well! You, my friends, are missing out. Irish potato candies are absolutely delicious, and you probably won’t be shocked to find out that they don’t actually contain any potato. Until today that is!

Being that this is a Veg World (after all), my ode to Irish potato candies obviously includes the vegetable after which they are named. But don’t worry, I still included the confection’s signature flavors: coconut and cinnamon.

How to Make Irish Potato Chips

The first step in making these delicious Irish potato chips is, well, preparing the chips! I realize that in Ireland, “chips” refer to French fries, but here I’m referring to chips in the American sense.

To make the perfect baked potato chips, you need to slice a Russet potato into very thin slices at least a ¼″ thin but ideally ⅛″ thin. Using a mandoline is best, but you can also use a very sharp knife (be careful though!).

Bake the chips for 20 minutes, flipping them over with silicone-tipped tongs at 10 minutes. Some chips may cook faster than others, especially if you didn’t use a mandoline. Be sure to keep an eye on them and remove the ones that are already finished cooking as needed.

Remove the chips from the oven when they crisp up around the edges (some will start to form brown crispy spots – that’s how you know it’s time). Let them cool for a few minutes and then toss them in the cinnamon, coconut, and sugar coating. I found that putting the chips in a Tupperware container with the coating and gently shaking the container helped ensure that the chips were evenly coated.

The chips are most crispy/taste best if you eat them right away.

If you don’t have a mandoline, check out the one I use. It will save you a ton of time in the kitchen and help you make thin, uniform potato slices that crisp up really well.

To flip the potato chips in the oven without tearing them, I recommend using silicone-tipped tongs. And if you don’t already have one, a silicone brush is super helpful in coating the chips with just the right amount of oil (not too much). Lastly, to grind the unsweetened coconut flakes for the coating, you can use a coffee grinder or a food processor.

For other St. Patty’s Day vegetable recipes, check out:

If you make these chips, don’t forget to let me know how you like them in the comments below! 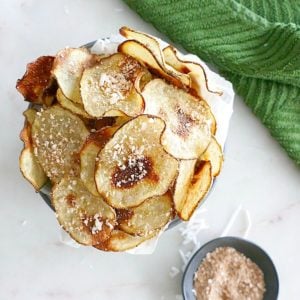 Using a container with a lid to toss the chips in the coating will help ensure that they get evenly coated.  These are best enjoyed immediately.