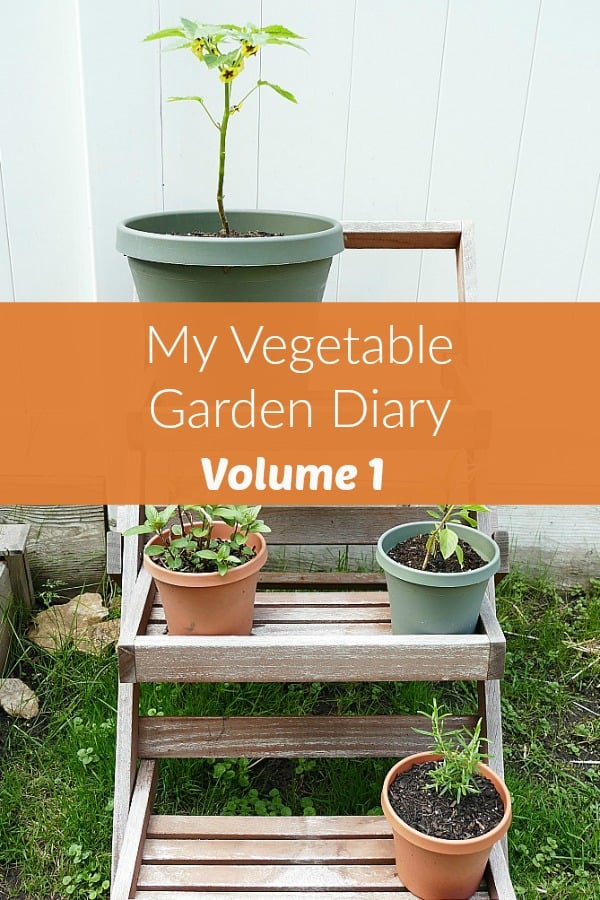 In this post, I share my first update of the 2020 growing season with details on how I planned, planted, and maintain my vegetable garden.

Welcome to the first of many posts that will chronicle my backyard vegetable gardening adventures! I’m so excited to create this new category of blogs, and I hope you enjoy reading them as much as I enjoy writing them.

When I started It’s a Veg World After All, it was very much a hobby blog. I posted recipes using vegetables that my mom and I received in a CSA share. I took photos of said recipes on an iPhone 5S (remember those?!). I didn’t even know what SEO was. And I wrote the posts with a “diary” tone. It was a lot of fun, and while I don’t regret transitioning this blog into a business (not in the slightest!), I do miss those days sometimes.

So that’s what inspired me to add a new, diary-like series to my content calendar. Every so often, I’ll pop in with a post about my vegetable garden. Since vegetable gardening is very hot right now (#StayHome), I thought it would be fun to engage with those of you who are also experimenting with growing your own food. In addition to my diary series, I plan to write some how-to posts that will hopefully help fellow amateur gardeners.

In other words, I’m getting back to the “roots” of the Veg World. You’ll hear more about my personal experience with vegetable gardening, and my tips will stem from my trial and errors, rather than a degree in horticulture. And of course, I’ll still be creating a ton of recipes with my homegrown (and store-bought) veggies this summer!

Will and I moved into our house a little over a year ago. Since we were just getting settled at the start of the growing season, we didn’t do much planning. Our summer was very busy with travel, and we decided to take it easy, get to know the perennials we inherited, and save any landscape design until the following year.

However, we did have the opportunity to do some vegetable gardening. The couple who owned the home before us left behind 3 raised veggie beds, and I was PUMPED about this. I planted a whole slew of tomatoes, some zucchini, eggplant, herbs, and beets.

My harvest was fairly fruitful, but the beds were overcrowded, and the darn rabbits ate all of my beet leaves. I didn’t even get a single beet! (For those of you who don’t know, beets are my favorite vegetable.) I was determined to take the time to plan my garden this year and not repeat my mistakes.

Which brings me to April 2020. We had an early spring in Minneapolis this year, and I got the itch to plan my vegetable garden right around Easter. Plus, we were under a Stay Home order at this time, and I knew that the summer would be low-key, with lots of time spent at the house. It’s the perfect scenario to experiment with veggies!

After spending a few hours on the University of Minnesota and Farmer’s Almanac websites, I had a good idea of the veggies that do well in our growing zone (4b in Minneapolis). In addition to this info and our personal veggie preferences, here’s what else I kept in mind when planning the vegetable garden.

Considering all of these factors, I came up with the following plan for this year’s vegetable garden. I added links to the seeds I used and provided the names of the varieties I chose where I could.

Once we had our plan, I was so excited to start the garden! On a warm day in mid-April, we placed a pick-up order from Home Depot for soil and fertilizer. We used this soil to fill the raised beds, with the appropriate amount of Garden-Tone fertilizer mixed in.

Once the beds were tilled and ready to go, I planted the sugar snap peas and beets in the bed that would have the tall cage. Then I planted four rows that alternated between yellow onions and radishes in another bed. I left the last bed open for the veggies I planned to get as seedlings.

The weekend after we put the seeds in the ground, we built the cages. It took a LONG time…a full weekend. And it was difficult. But I have to say that it was SO worth it…they work so well! If you plan to build something similar, make sure to plan your time accordingly.

A week or so after I put the first seeds in the ground, I started to see some seedlings. That’s always an exciting moment! As of right now, things are looking great, but we’ll see how the season progresses.

As I mentioned, I’m a newbie when it comes to vegetable gardening. I learn something new pretty much every day. Here are the most fun and helpful things I’ve come to know so far.

Here’s our pot of dill. You can barely spot the seedlings. I’m putting it here so we can compare this photo to what it looks like later! (Side note, I bought my first pair of Jordans, pictured here, after watching the Last Dance, #LikeMike.)

I mentioned some of these already, but here’s a summary list of the resources that helped us plan and implement this year’s vegetable garden. I hope they’re useful to you too!

And that’s a wrap! I’d LOVE to hear if you’re growing your own food this summer too! Let me know how it’s going in the comments section. And while you’re here, subscribe to the weekly newsletter so you don’t miss a post. If you already have some veggies to harvest, check out my recipes.