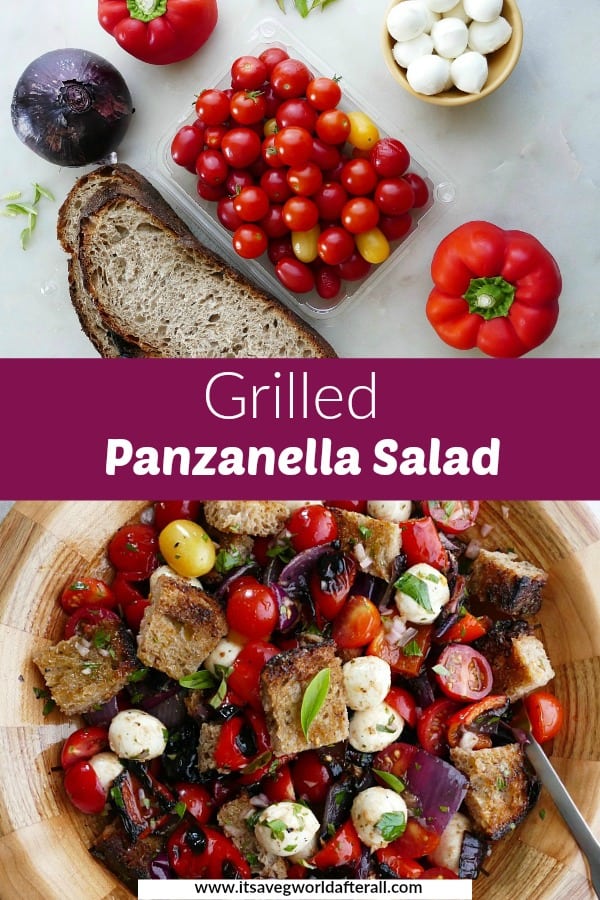 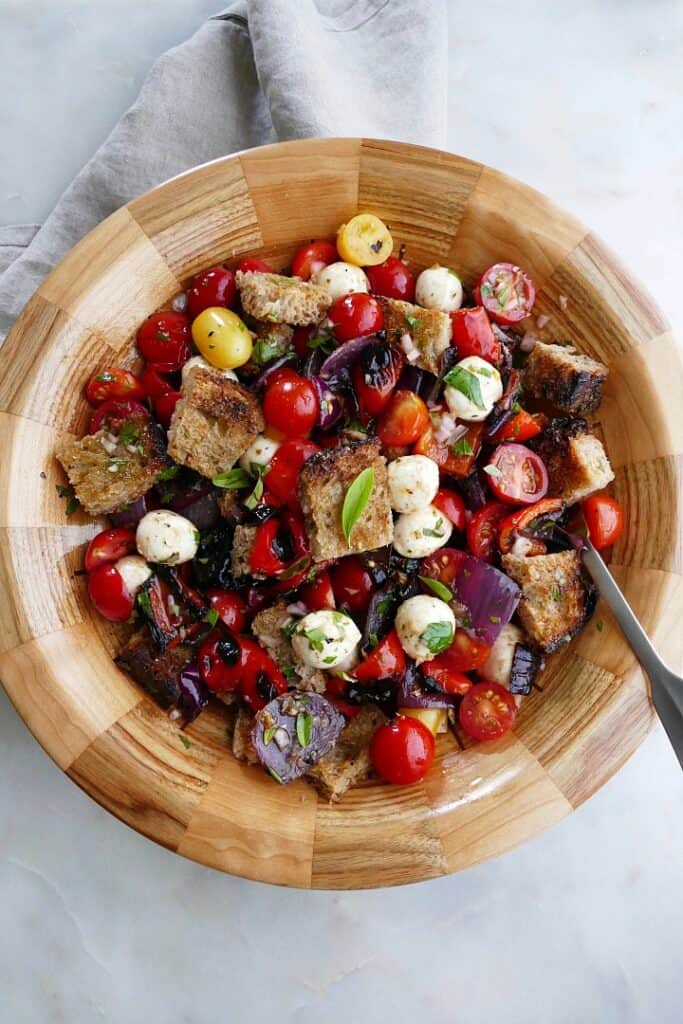 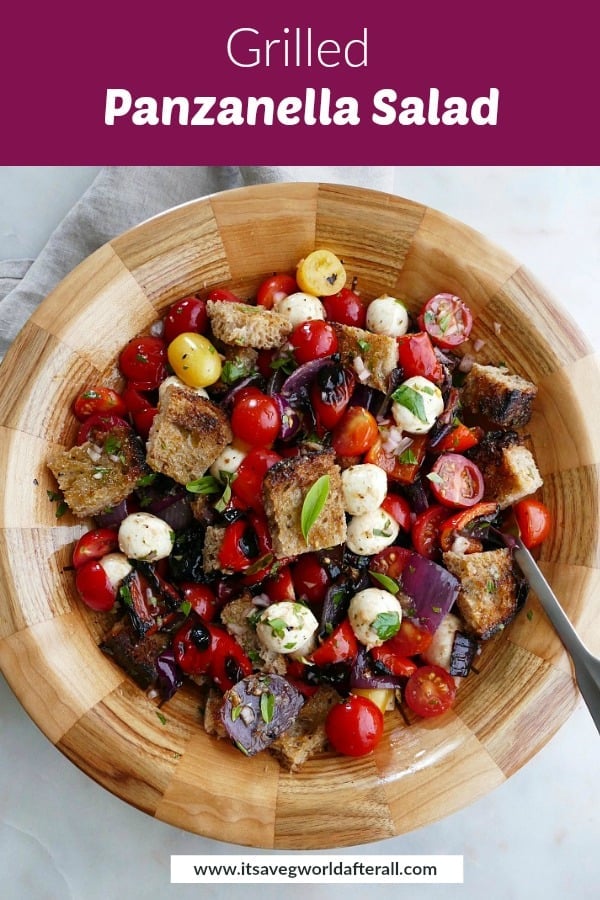 One of my favorite activities of summer 2020 has been grilling. Cooking and enjoying a meal al fresco really becomes much more glamorous when you’re working from home and inside your house all day…everyday! Don’t you agree?!

My renewed interest in grilling has also inspired me to get more creative as a cook. I kicked off the season with Grilled Stuffed Mushrooms with Caprese Salad, and now I’m rounding it out with a similar, Italian-inspired recipe.

If you aren’t familiar with panzanella, it’s a salad that’s traditionally made with bread, fresh vegetables like peppers, cucumbers, and tomatoes, herbs, and mozzarella. I first had this delicious creation several years ago, but I didn’t realize how perfect it would be for the Veg World until this summer!

I think you will love the combination of charred veggies combined with crunchy bread, cheese, and a flavorful red wine dressing in this Grilled Panzanella Salad. It’s a light and simple meal that’s ideal for an August evening.

How to Make Grilled Panzanella Salad

In terms of equipment and ingredients, I highly recommend using nonstick mesh grill mats for the veggies. You can use any type of bread for Grilled Panzanella Salad, but it’s best to use a good Italian loaf or sourdough variety if you can find one.

If you don’t have veggie mats, cut the peppers into two or three large pieces and the onion into large rings, instead of 1-inch squares, to prevent them from slipping through the grill. After they’re finished cooking, you can cut them into smaller pieces for the salad.

What goes with panzanella salad?

This dish can stand alone as a vegetarian main course, but it’s typically served as a side to grilled chicken, steak, or fish. I really enjoy it with white fish or salmon, like my Summer Squash and Dill Salmon Burgers.

Because it contains bread, I recommend making this recipe just before or up to one hour before you plan to serve it. Panzanella can get soggy if it’s made too far ahead of time. However, you can grill the veggies and bread in advance to save time, and wait to assemble the salad until you’re ready to do so.

If you enjoy this Grilled Panzanella Salad, check out the following dishes: 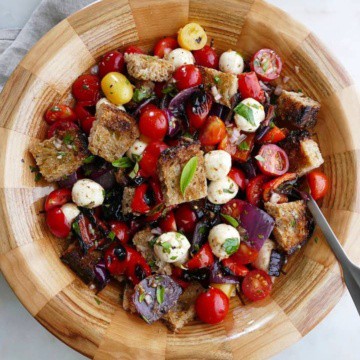 Have a lovely Thursday! – Lizzie