This single-serve parsnip pear crisp is the perfect way to satisfy your sweet tooth with a tasty fruit and veggie combo! 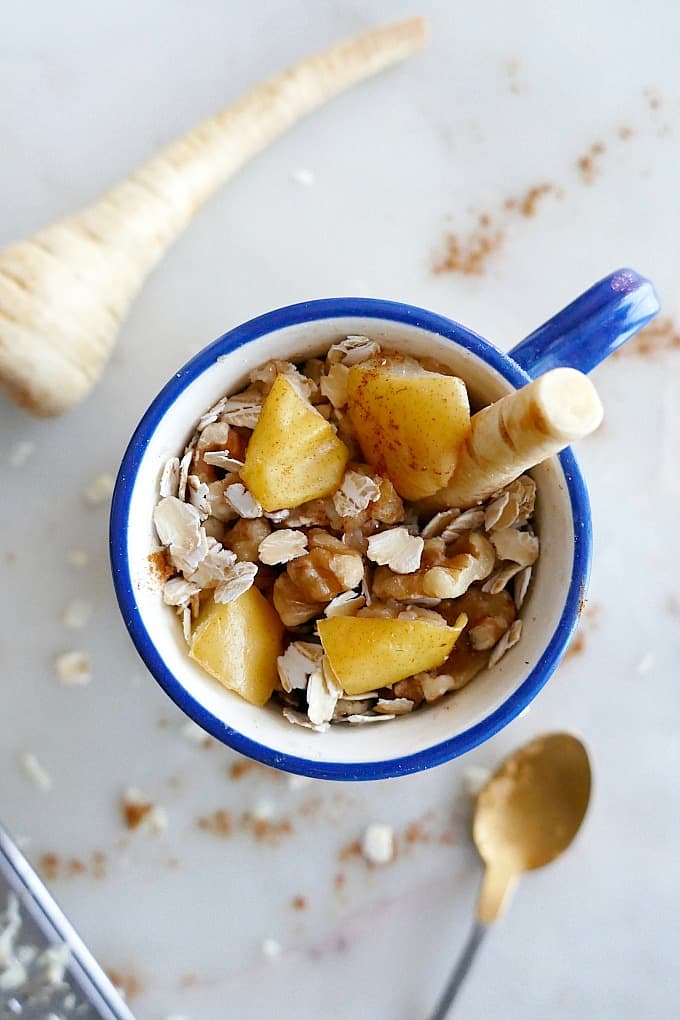 On the first day of Vegmas, my true love gave to me: a PARSNIP IN A PEAR CRISP! (I couldn’t help myself with that one!)

Welcome to the 12 days of Vegmas, where I’ll be sharing some of my best recipes, including desserts, dips, side dishes, drinks, and more. Each one will feature a different vegetable. There will be some classics, like potatoes and carrots, as well as some less popular veg, like kohlrabi.

To kick things off, I knew I had to come up with a recipe that used parsnips. The play on words was just too good to be true: partridge (parsnip) in a pear tree (crisp)! 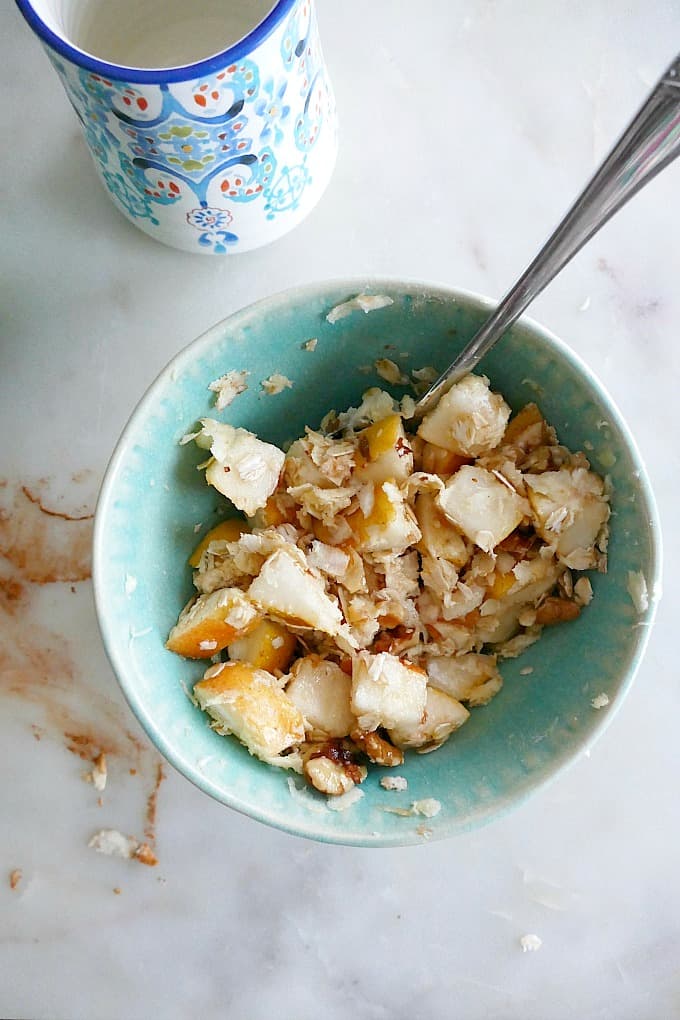 I thought about creating a parsnip pear crisp that you’d bake in a casserole dish or something similar, but then I remembered the Individual Microwave Apple Crisp I made last year. That one was a winner! So, I began brainstorming how to make a similar dessert with parsnips and pears.

The end result is a warm treat with sweet pear chunks and freshly grated parsnips. It takes less than 10 minutes from start to finish, and is a great way to satisfy your sweet tooth when you don’t feel like baking a whole tray of brownies (we’ve all been there).

Aside from the parsnip and pear, I bet most of you have the ingredients you need in your pantry! So let’s get started, shall we? 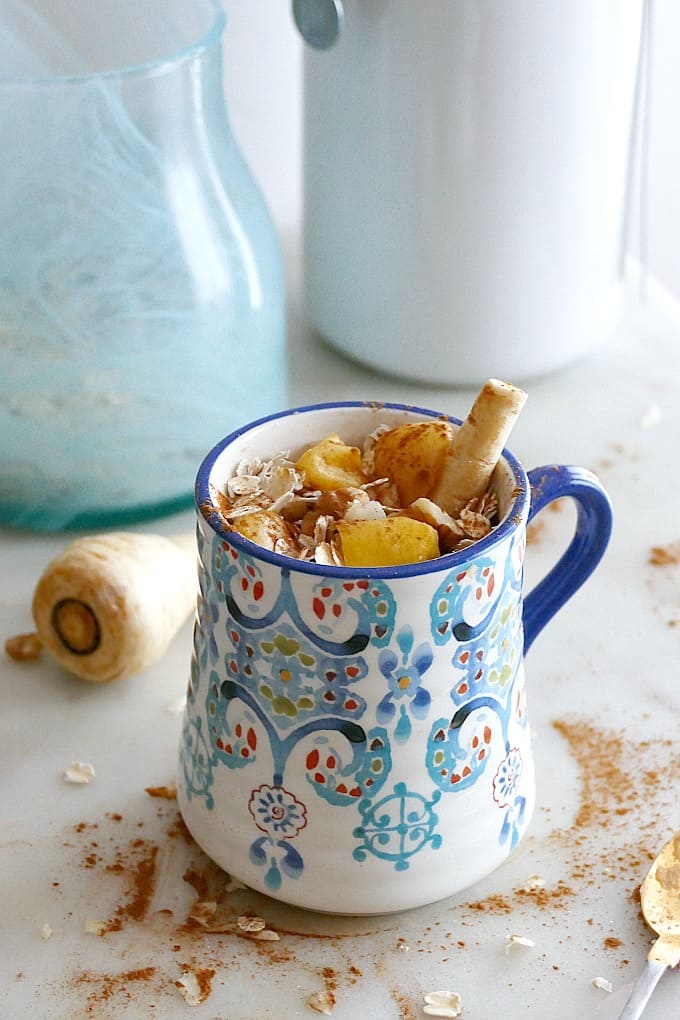 If you love parsnips, check out some other ways you can add them to your diet: Homemade Cranberry Sauce with Parsnips, Spiced Parsnip and Apple Baked Oatmeal. 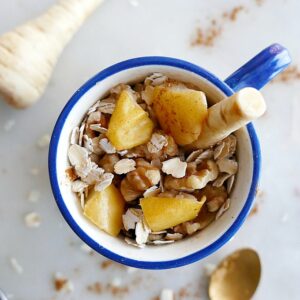 Like what you see?! Pin this Individual Parsnip Pear Crisp now for later!