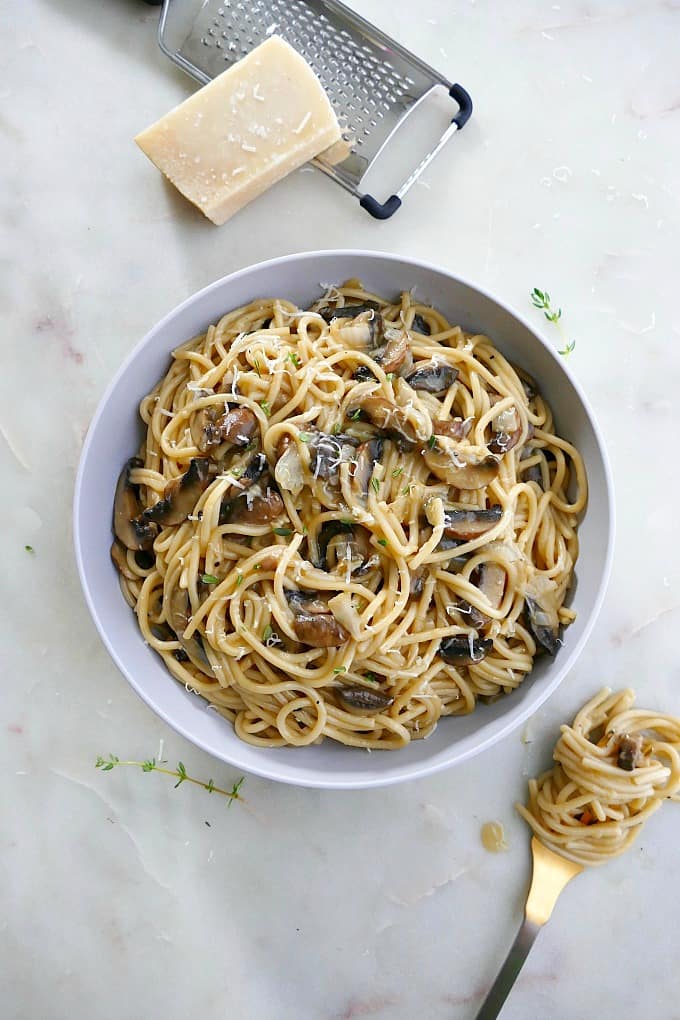 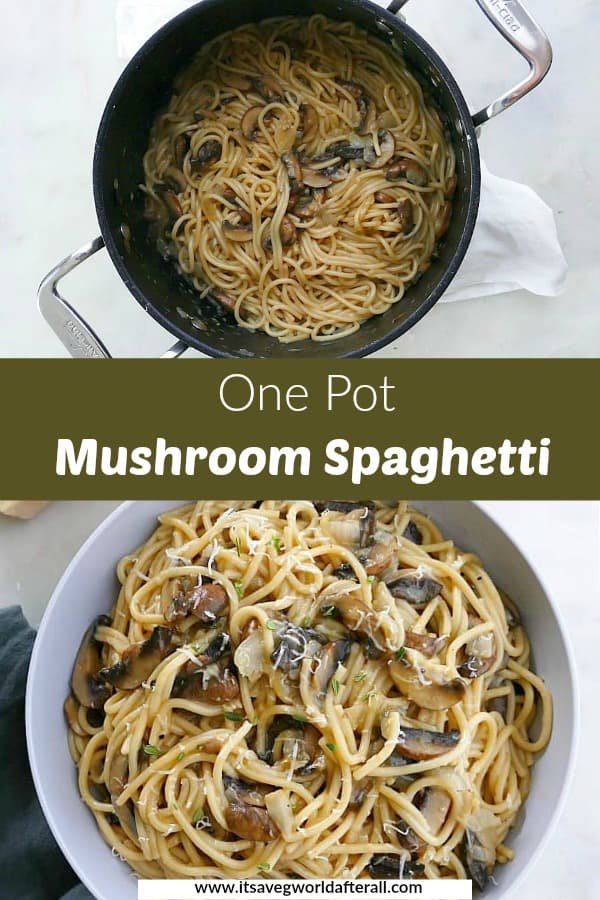 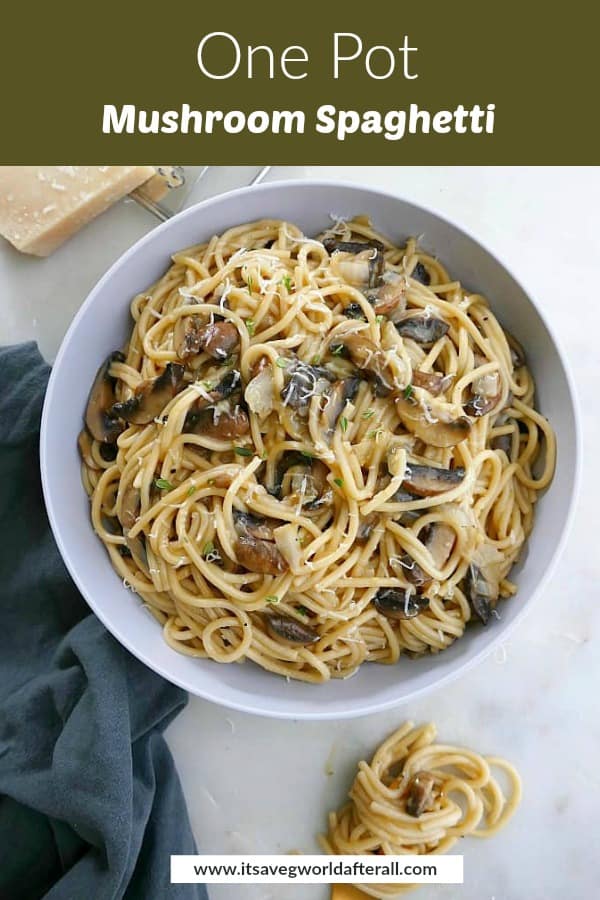 This One Pot Mushroom Spaghetti is an incredibly creamy and flavorful plant-based dinner. It can easily be made vegan, requires minimal cleanup, and takes only 30 minutes!

I know it’s the middle of the summer and turning on your oven may seem less than ideal. BUT if you’re not opposed to cooking in the summer heat, then I think you should try this recipe.

One Pot Mushroom Spaghetti is the ultimate weeknight meal. It’s all made in one pot (as the name suggests) on the stovetop (so you don’t need to turn on the oven!) and is loaded with flavor and creaminess in every bite.

But, here’s the kicker, there’s not even any cream in it! Yup, this is a healthy mushroom pasta recipe, folks. The creamy texture comes from a combination of the starch from the pasta, vegetable broth, and a little bit of parmesan cheese.

Ingredients in One Pot Mushroom Spaghetti

You can use regular or whole wheat spaghetti for this recipe. It should also work with gluten free spaghetti, but I have not personally tried it that way.

In addition to the spaghetti, you need:

How to Make One Pot Spaghetti

This recipe really does use ONE pot. Unlike other “one pot” recipes that might require a mixing bowl, skillet, or some other pot/pan, One Pot Mushroom Spaghetti is made start to finish in a medium (or large) pot.

I first learned about this method of making spaghetti a few months ago when I was browsing Food52.com. I was immediately intrigued and excited!

If you’re new to making one pot spaghetti, like I was, here’s a breakdown of what you’ll need to do.

FYI: the pasta cooks faster than it absorbs the broth. So, the final result is a very tender and creamy pasta. In other words, the spaghetti in this dish is not cooked al dente.

I personally love the way the pasta tastes and the flavor that the broth adds, but you can choose to cook the dish for a shorter time than 20 minutes and just remove some of the liquid (or keep it!), depending on how tender you want your pasta.

Sounds pretty darn delicious, don’t ya think? And oh so comforting too. Even though I’m posting this recipe in the middle of July, I know it will be on repeat in our house during the fall and winter.

Serve this meal with a side of greens or steamed broccoli for some added veggies. It can stand alone as a plant-based main dish, but if you want to bulk it up, you can add white beans, chicken, or shrimp.

Can’t you see this tasting really good with some crunchy garlic bread, too?!

For some other veggie + pasta dishes, check out my One Pot Veggie Mac and Cheese, Spaghetti Stuffed Bell Peppers, One Pot Pumpkin Tomato Pasta (uses a different method than this one), and Lentil Pasta Primavera with Frozen Vegetables.

Make vegetarian, vegan, or gluten free: To make this strictly vegetarian, use parmesan cheese that does not contain rennet or  use nutritional yeast. To make it vegan, omit the cheese entirely or use nutritional yeast. You can also make this with gluten free spaghetti. Storage: Store leftovers in an airtight container in the fridge for 3-4 days. Nutrition: Please note that the sodium content will vary based on the type of broth you use (use a lower sodium variety to decrease sodium content).