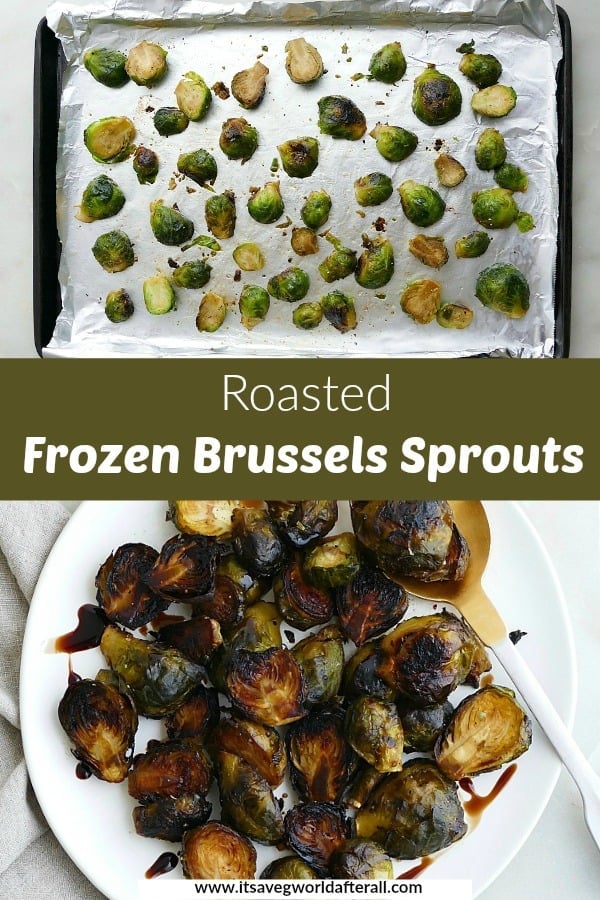 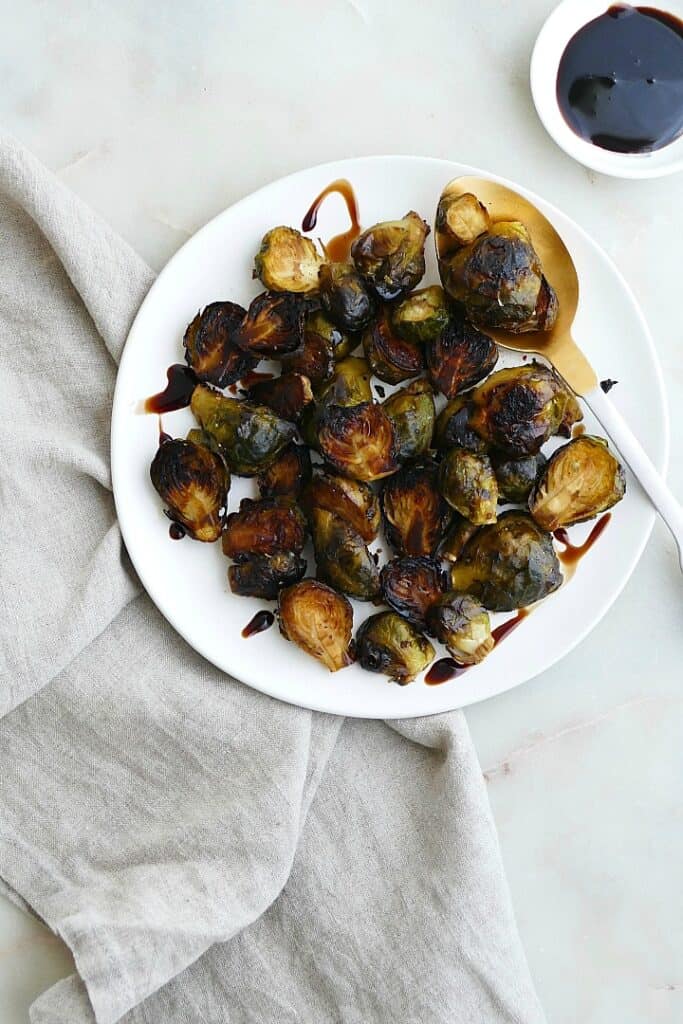 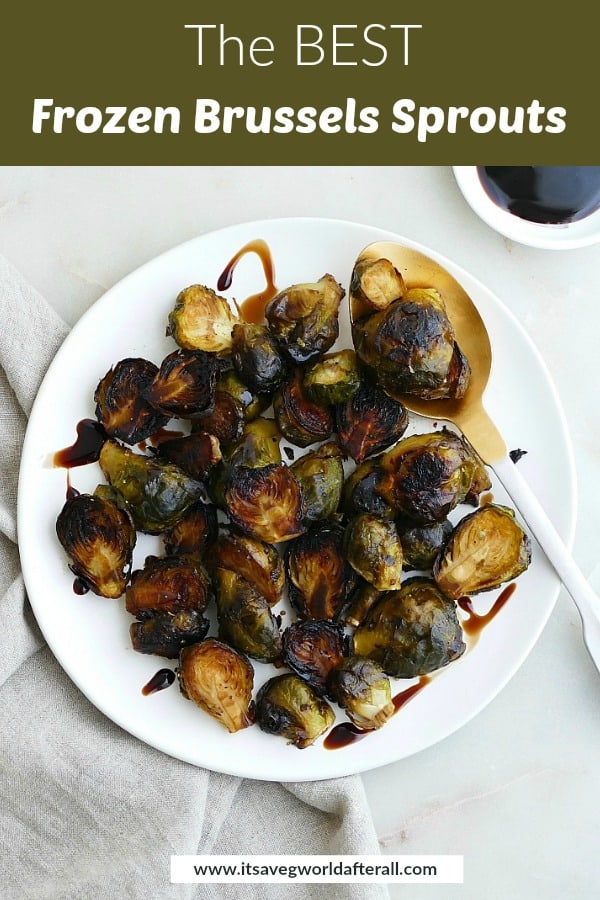 This foolproof recipe is the best way to prepare roasted frozen brussels sprouts! Cook them straight from the freezer, slice in half, toss in balsamic vinegar, and pop ’em back in the oven for maximum caramelization and tastiness.

Brussels sprouts are a hot veggie right now, but they weren’t always the most popular produce on the block. They used to be thought of as mushy, smelly, and overall unappetizing, and frozen brussels sprouts were the worst variation.

But, as with most veggies, the key to making really good brussels sprouts is in the preparation! Just because that bag you have in the freezer says to steam them doesn’t mean you should.

As grocery store trips become less frequent, I have been on a mission to figure out the best way to prep frozen and canned veggies. See my Roasted Frozen Broccoli and Baked Crispy Artichoke Hearts for examples.

Making the best possible roasted frozen brussels sprouts requires a three step process. And while it’s not as basic as roasting a sheet of fresh veggies, putting them in the oven, and forgetting about them until the timer goes off, I think you’ll find that the extra step in this recipe is well worth it.

How to Cook Frozen Brussels Sprouts

I like to toss roasted frozen brussels sprouts in a little more balsamic before serving. If you have balsamic reduction or glaze for this step, even better! To really bring it up a level, add some parmesan cheese too. DROOL.

Do you defrost Brussels sprouts before cooking?

You do not need to thaw frozen brussels sprouts before roasting. Just make sure to leave enough room in between them on the baking sheet to allow any excess water to steam off without sacrificing crispiness.

Are frozen Brussels sprouts as healthy as fresh?

In terms of nutrition, frozen brussels are pretty similar to fresh and may even have higher amounts of some vitamins. Check out my post about the nutritional differences between fresh and frozen veggies to learn more.

From a taste perspective, however, roasted frozen brussels sprouts are not as good as roasted fresh ones. They will always be a little bit softer. But if you follow the method in this post, you won’t be disappointed! 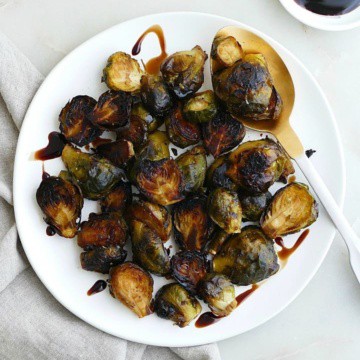