Home » Blog » Nutrition » What Are Nightshades? And Are They Bad for You?
11shares

Nightshades are a group of plants known as Solanaceae. They allegedly got their name because some of them produce flowers overnight and grow in the shade.

There are close to 3,000 species of Solanaceae, some of which are dietary staples in many parts of the world. For example, eggplants, tomatoes, and potatoes are all nightshades that humans have enjoyed for centuries (1).

However, most nightshades aren’t edible. Some are poisonous (like belladonna) and should obviously be avoided.

But some fad diets demonize all nightshades, mainly because they contain compounds called alkaloids (2).

While it is true that some alkaloids are toxic to humans, the amount of these compounds found in commonly consumed nightshades is not a concern.

Read on to learn about the science behind common claims about nightshades, and why healthy people should not fear them.

If you eat French fries, baked potatoes, tomato sauce, eggplant parm, or bell peppers, then you’re familiar with foods from the Solanaceae family.

Here are the most commonly consumed nightshades (1):

Many of these foods, like eggplants and tomatoes, are called vegetables when they are botanically fruits.

Foods that are not nightshades, but often get mistaken for them

Zucchini, cucumbers, and mushrooms are not nightshades, even though many people think they are.

As mentioned above, nightshade plants contain alkaloids, which are nitrogen-based compounds that have physiological effects on animals and humans (3).

Alkaloids include solanine, tomatine, solasonine, nicotine, and capsaicin, among several others (4, 5).

The main role of alkaloids is to ward off insects that would harm the plant. Some of them, like solanine, can be toxic to humans when consumed in extremely high doses (6).

But the amounts of alkaloids in the nightshades that we commonly consume do not have toxic effects and should not be cause for any concern. (Note: please don’t eat green potatoes) (7).

Before reviewing the common criticisms and claims about nightshades, let’s discuss the many benefits of these foods.

Tomatoes, eggplants, and peppers are staples of the Mediterranean diet, which is well known for its potential health benefits (8).

What’s more, nightshade vegetables contain an abundance of plant compounds, like carotenoids, that act as antioxidants and have anti-inflammatory effects in the body. They are also rich in fiber and several vitamins and minerals (10, 11).

Some people claim that alkaloids cause or aggravate inflammation, but there is little research to support this idea.

Instead, there are countless anecdotal accounts from people with certain health conditions who remove nightshades from their diet and experience relief.

I don’t doubt that eliminating nightshades may be helpful for some people. But, it’s important to keep in mind that there has never been a large-scale human study on the effects of these vegetables on specific conditions.

Here’s what the research to date tells us about nightshades and their effect on arthritis and inflammatory bowel disease (IBD).

Since arthritis is an inflammatory condition of the joints, those who believe that nightshades cause inflammation suggest that avoiding them can improve arthritis pain.

However, this is largely a myth and has even been debunked by the Arthritis Foundation (12).

In fact, one study found that eating colorful potatoes (which are nightshades) actually decreased inflammation in men (13).

Inflammatory bowel diseases, like Crohn’s and ulcerative colitis, are characterized by increased intestinal permeability. This means that substances can “leak” out of the gut and cause inflammation (14).

A few test tube and animal studies suggest that alkaloids in nightshades can worsen leaky gut, and therefore may increase the inflammatory response in the body (15, 16, 17).

The key point to take away from this limited research is that alkaloids may aggravate inflammation, but probably only if you already have a compromised gut.

Lectins are proteins that bind to carbohydrates and exist in varying amounts in nightshades. Since some lectins can irritate the gut, there are claims lectins cause inflammation and should be avoided.

However, there is no substantial research that supports this claim, and more studies on the role of lectins in human health are needed (18).

A true allergy to nightshade foods is rare, but it can occur. Symptoms of a food allergy include rash or hives, difficulty breathing, wheezing, nasal congestion, or throat tightness.

If you experience any of these symptoms after eating a nightshade food, see a doctor immediately.

Should You Avoid Nightshades?

In short, there is absolutely no reason to avoid nightshades if you are generally healthy adult.

Cutting out nightshades means unnecessarily limiting a group of foods that are extremely healthful and may provide a number of benefits. Rather than contributing to inflammation, eating more of them may actually provide anti-inflammatory benefits!

If a particular food doesn’t sit well with you, then you can make the decision to limit it. Everyone is different in how they react to foods.

But if you want to eliminate nightshades just because the latest diet told you to, I urge you review the research cited here.

On the other hand, if you have an inflammatory condition or compromised gut, and want to experiment with cutting out nightshades, you can follow a nightshade elimination diet.

A registered dietitian can help walk you through eliminating these foods and monitoring your symptoms. She or he can also provide guidance about if and when you should incorporate foods back into your diet.

For the majority of people, nightshade veggies are excellent foods to add to your diet. They contain vitamins, minerals, fiber, and antioxidants, and may provide health benefits.

Here are some easy recipes that can help you eat more of them:

Like what you read? Remember to pin this article for later.

I'm a Registered Dietitian with a Masters in Nutrition and over 5 years of experience creating recipes that celebrate seasonal vegetables. I love to educate others about food science, cooking, and nutrition, and provide practical tips to help people explore vegetables in ways that work for them. When I'm not in the kitchen, you can find me enjoying the trails and lakes in Minneapolis with my husband/sous chef Will. Read More…

and get my FREE Healthy Pantry Checklist!

Welcome! I'm Lizzie, a Registered Dietitian who loves vegetables. And I'm here to help you love them too! My easy, veggie-forward recipes will help you get comfortable in the kitchen and celebrate the seasons. Read More…

Be a Part of the Veg World

Subscribe to the newsletter and get my FREE Healthy Pantry Checklist! 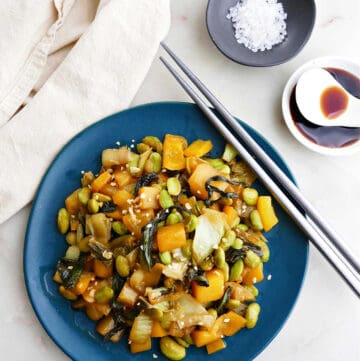 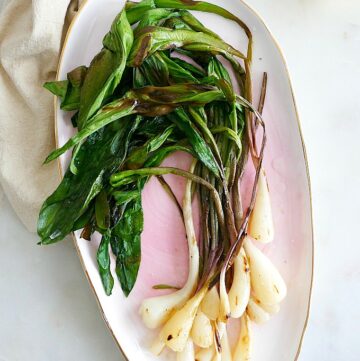 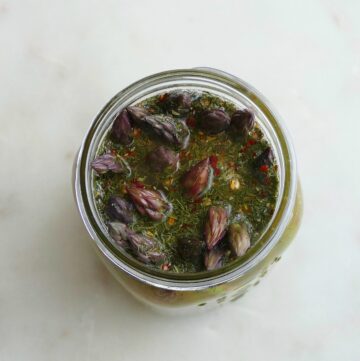 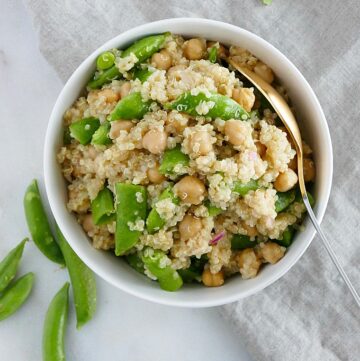 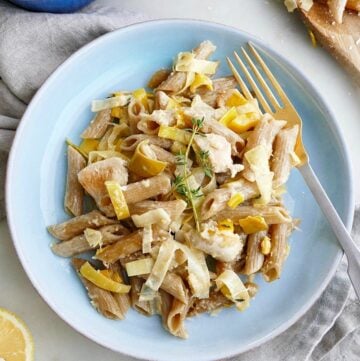 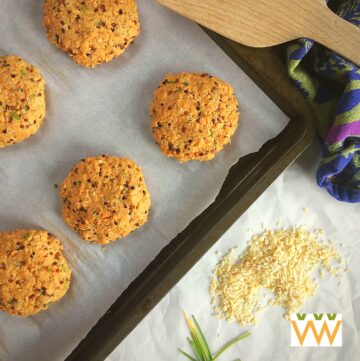 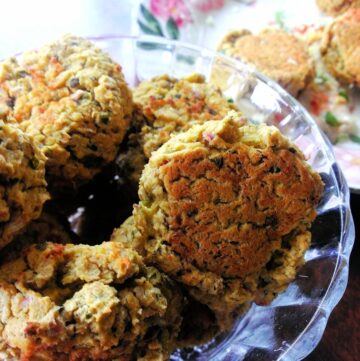 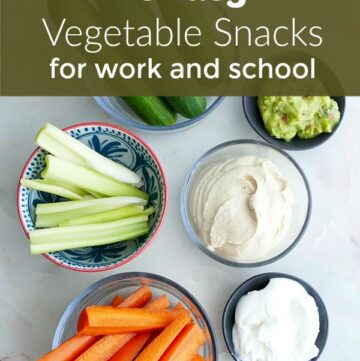