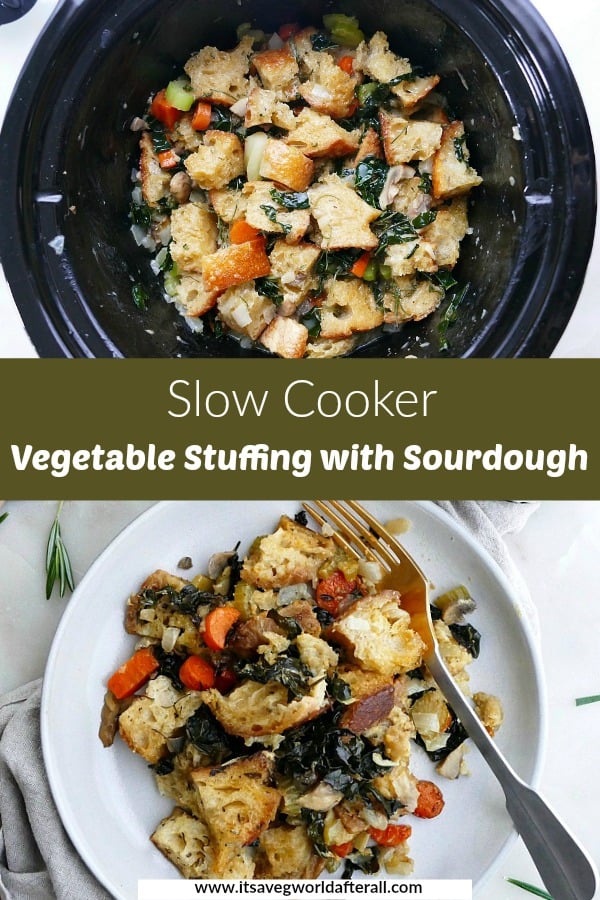 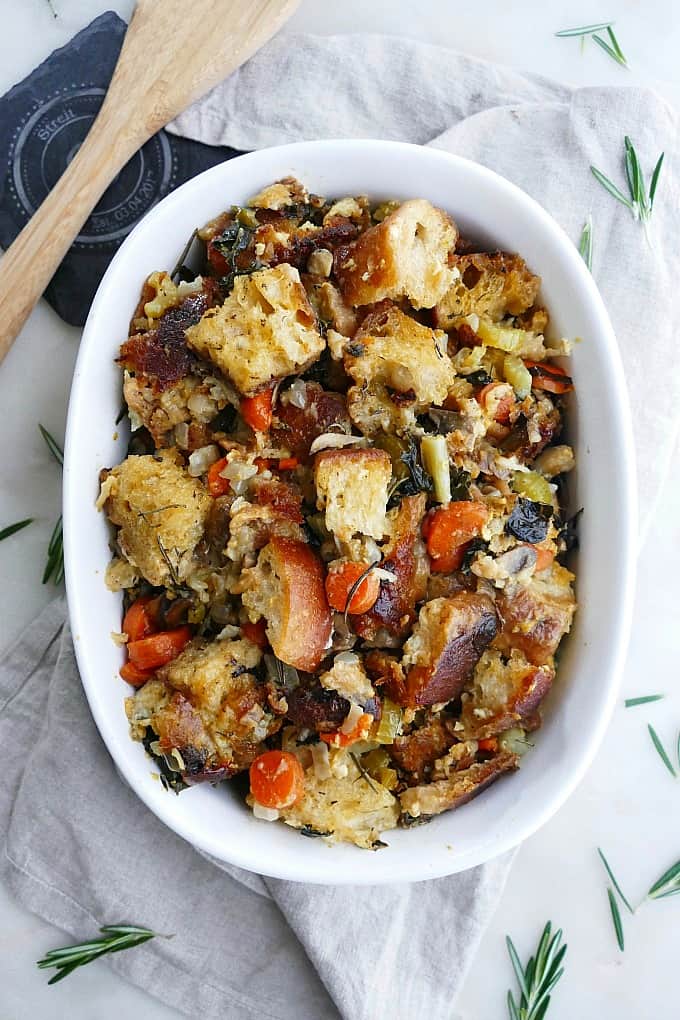 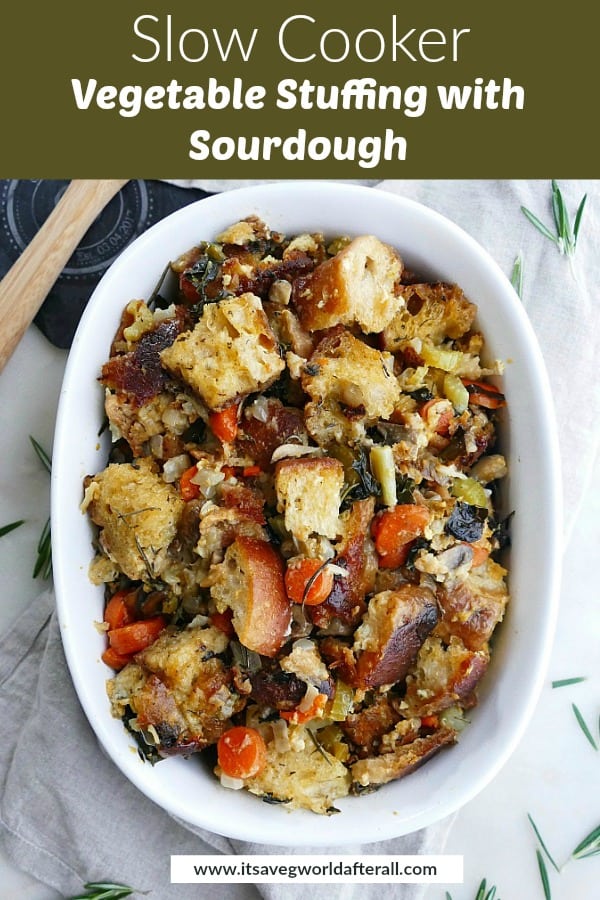 A holiday classic made easy, this savory vegetable stuffing recipe is prepped in the crockpot. It’s rich, flavorful, loaded with veggies, and made with day-old sourdough bread!

GUYS. Don’t finalize your Thanksgiving menus just yet!! Nope, not until you put this Slow Cooker Vegetable Stuffing on there!!

I have to admit, I was never really much of a stuffing gal. I mean, it’s perfectly fine, but not my favorite. But seeing that it was requested by some Veg World readers, I was willing to experiment with this classic holiday dish.

It seemed like the perfect recipe to “stuff” with veggies, after all. See what I did there?

Ha, I digress. Now, after making this veggie-loaded stuffing, I am proud to report that I have been converted to a STUFFING LOVER!

Here’s why I have a newfound interest in stuffing…but not just any stuffing…this recipe in particular!

Pssst…this isn’t my only sourdough + veggie recipe! Check out my Sourdough Breakfast Strata with Kale for another holiday dish.

How to Make Vegetable Stuffing

First, you need to get your bread right. You want it to be stale and noticeably old, but not rock hard.

The easiest way to do this is to buy a loaf of sourdough bread the day before and let it sit out on the counter. For even better results, slice it up into cubes before you let it dry out overnight.

If you don’t have time to do this, you can spread the bread cubes on baking sheets and toast in the oven at 300 degrees F for 20-30 minutes. Easy peasy.

Next, dice your veggies and cook them for a few minutes in a whole bunch of melted butter (YUM) in a skillet. Then add a layer of bread cubes, followed by a layer of veggies, to the crockpot. And so on and so forth until it’s all in there.

Whisk together the eggs, broth, and seasonings and pour over the bread and veggies. Let the vegetable stuffing cook while you do other, more important things!

Can you make stuffing ahead of time and reheat?

Absolutely! However, since this is a slow cooker stuffing recipe, it’s actually easiest to make it the morning of Thanksgiving (or as close to dinner as possible) and just flip the slower cooker to “warm” after it’s finished cooking.

But if you want to make it a day in advance, you can prepare the whole recipe and transfer it to a baking dish. Cover with foil and store in the fridge. Keep it covered and reheat in a preheated oven for ~30 minutes or until it’s warmed through.

How do you keep slow cooker stuffing warm and moist?

As I noted, you can flip your slow cooker to the warm setting to keep vegetable stuffing hot until it’s time to eat. I found that the slow cooker actually helps to keep the stuffing moist too, but if you find that it’s drying out, periodically add some broth and stir.

If you prefer to make the top layer crispy, transfer to a baking dish and put it in the oven for ~10 minutes before serving.

If you’re making this vegetable stuffing for Thanksgiving, you may also find this post on my menu and prep guide helpful! 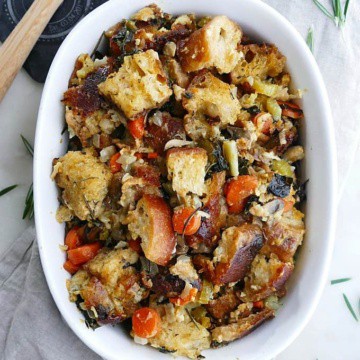